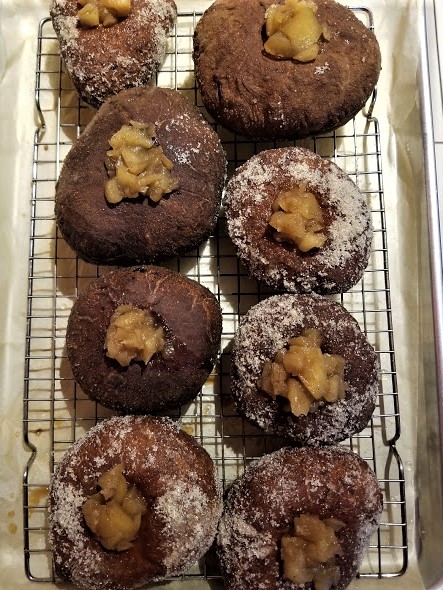 If you are like me, you also enjoy fried foods, especially any sort of fried dough. Doughnuts can be found in many variations across different cultures, but they all have one thing in common; they are incredibly delicious. The Bauernkrapfen is an Austrian farmer’s donuts; however, instead of having the hole in the middle like the doughnuts we are used to, it has a small layer of dough that acts as a base to any filling. I paired this up with my homemade apple pie filling, for which the recipe is also below. It’s a perfect treat for any Autumn morning, or any time of day. Wash it down with a nice glass of milk or enjoy it with your coffee. Enjoy!

Sugar and cinnamon for dusting

For the Apple Pie Filling

iThere are no comments

Begin typing your search above and press return to search. Press Esc to cancel.