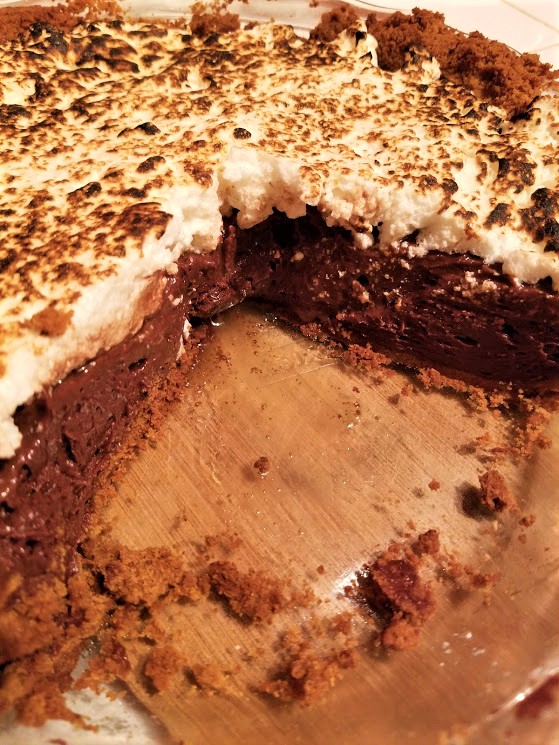 One of my favorite activities in the summer months is making s’mores over a nice fire while relaxing with friends and telling stories.  Whether young or old, eating s’mores will always bring a smile to a person’s face. The crispy graham crackers, melty chocolate, and gooey marshmallows conduct a happy symphony in the mouth when bitten into. With this recipe, I embodied the happiness of s’mores making so it can be enjoyed even in the colder months. The chocolate filling has a mousse-like quality that is smooth and rich with chocolaty flavor, accompanied by a buttery, graham cracker crust and homemade marshmallow fluff. This will be you new favorite pie and go-to for any baking situation.

For the chocolate filling

For the Marshmallow Topping:

Setting up the pie

Begin typing your search above and press return to search. Press Esc to cancel.